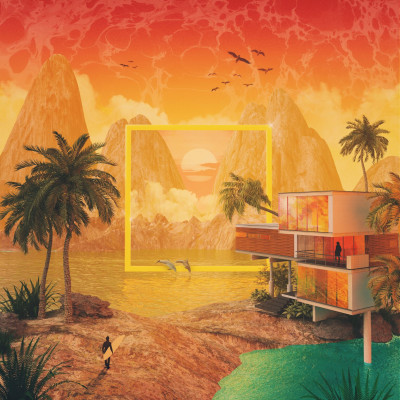 High Tides create gorgeous spells to burn down the nearest beach club. Chopped and screwed surf music. Psychedelic pop to drown your eardrums while a strange riptide drags you under. If Boards of Canada sipped a Sex on the Beach spiked with codeine, you might get something vaguely similar to Paradise Daze, the sophomore album from High Tides, sun-warped champions of yacht rot.

Their bio technically locates them in Malibu, but the duo of Warren Kroll and Steven Lutes can usually be found in the Pacific Northwest, smoking acres of emerald, sipping on quantities of rum that could kill a Caribbean pirate. It is true that this album, along with their masterful self-titled 2015 debut, was recorded entirely under the influence of Hawaiian shirts and conch shell necklaces. They are the first duo to method act the Endless Summer, except with a soundtrack that could turn foam caps fluorescent and turn the sky the color of an exploded Tide pod.

Paradise Daze oozes like a phosphorescent jellyfish. There are spliff-split and ultra-bright synths, drum machines full of drugged funk, and a stinging sense of melancholy. Let’s get the original influences out of the way: lots of Beach Boys, Underworld, melancholic 80s pop, 90s IDM,
classic dub like Scratch Perry, Scientist, and Keith Hudson, the dark prince of reggae.  Chillwave has long been submerged, but if it weren’t, High Tides would’ve been its slightly sinister royalty, goofy but eerie, profound by animal instinct and absent pretension.

Instead, they exist in their own mutant ecosystem. They record for Rad Cult, the label of TOBACCO, head creature of Black Moth Super Rainbow, conjuror of baleful incantations laced with unnatural nuclear winter beauty. If BMSR replicate the supernatural enchantment of a Grimm Tale in the forest, High Tides are their beach-burnt cousins, living in a cracked glass house on the shore. This is what the Odyssey’s Sirens would be singing if they had access to the Internet and legal weed.

A few details: Kroll and Lutes began working on this shortly after the completion of the last record, which Spin hailed as “a version of chillwave where the drugs of choice were opioid rather than cannabinoid.” XLR8R said that it perfectly “evoked teenagers in the throes of love on an endless summer afternoon.” Paradise Daze took nearly four years to refine, which is ironic because unlike High Tides, it was largely recorded with both Midwest-raised artists in the same room. There was a conscious decision to avoid tape degradation without compromising their innately wonky and warped style.

There is a tangible creeping darkness here that only occasionally appears on their debut. It’s more ambient and weary, aware of the perils of nostalgia but unable to ward off memories that grow fainter with every recollection. “Swaying Palms” is a vocoder psalm, a last gasp of diamond-clustered ocean before the sun passes out. “Tidal Movement” blends chirping found sounds to an infinite sherbet-bright keyboard reverie. The title track glows with polished end-of-credits beauty, the abalone shell picked up that contains simple effortless marvel.

In a world riven with chaos, High Tides offer a subtle escapism that refuses to rely on pyrotechnics or loud gimmicks. Paradise Daze is an offering of 10 littoral hymns that make familiar elements seem alien—a low perfect glow that can’t be extinguished, music to slow-dance atop the ashes. 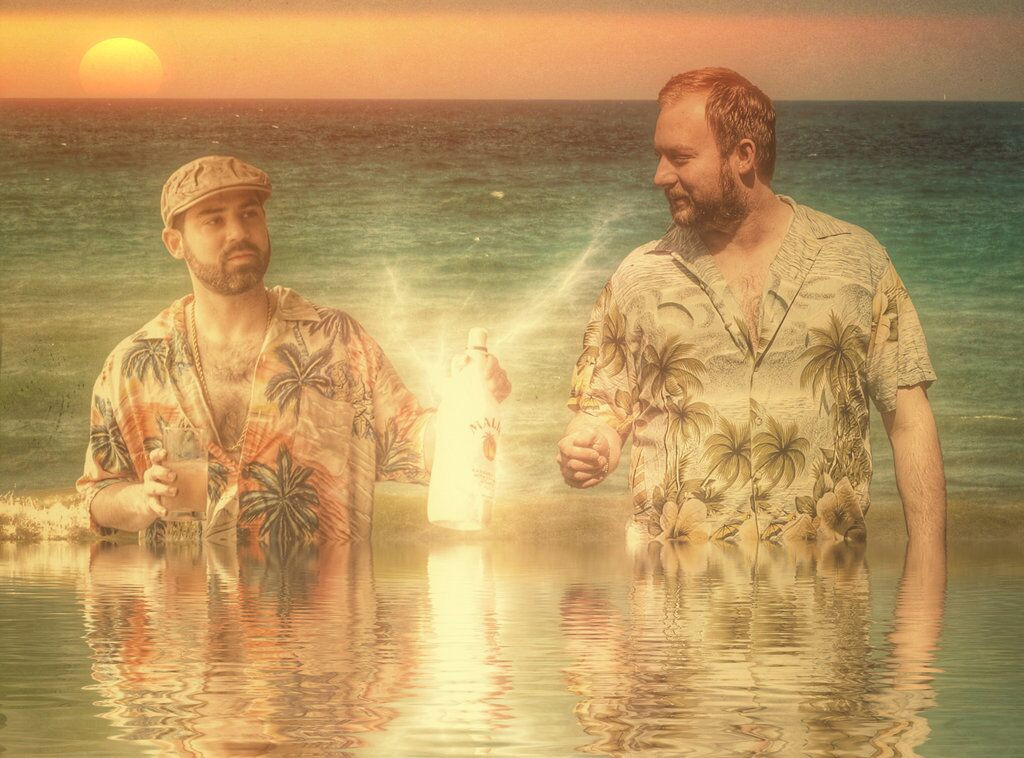